You are here: Home › News › A Debian Image for Cubieboard2 – Cubieez 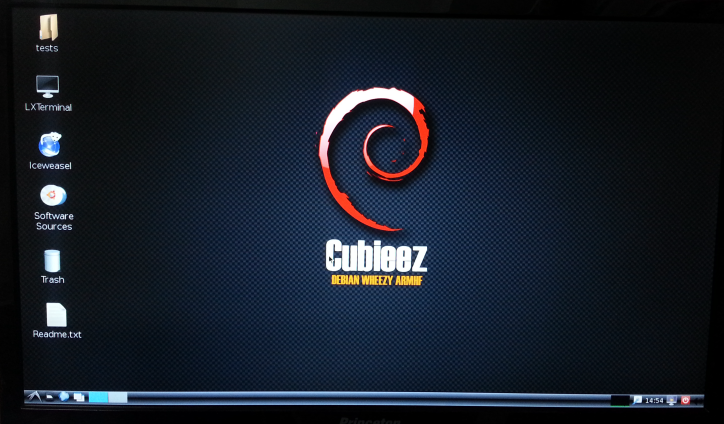 Cubieez is created by drkbcn from cubieforums. It is based on Debian 7.1 ARMHF.  Let us take a look at the description of the image.  (Please see the origin topic at here)

To do / Known bugs

Some features of Cubieez for A20

I want to share a little news, that is I have created a cubieez nand image here according to drkbcn’s great work. After downloading and extracting the image, we can flash it to nandflash directly with livesuit/phoenixsuit.

for cubietruck, please use this link

Thanks to drkbcn and the people love cubieboard!

36 Responses to "A Debian Image for Cubieboard2 – Cubieez"